When students are learning a new concept we tend to define the concept and give some examples. Consider right angles, we might first define them as angles that are 90 degrees and then show some examples like these:

This idea is all about going just one step further by adding in some creative non-examples. Non-examples are incredibly helpful for students to understand the boundaries of what constitutes a particular idea. In the right angle example, we could do some obvious non-examples such as these: 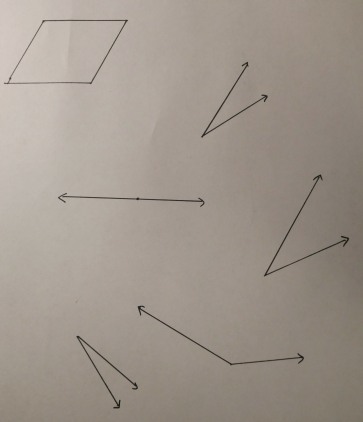 However, we should also do some close-but-not-quite examples such as these:

The non-examples push on the various aspects of right angles. For example, right angles are angles, so I made some that are not angles because they are rounded or non-intersecting rays. Right angles are also exactly 90 degrees so I made that were super close to 90 degrees (like 89.9 degrees). Have students debate whether or not they are right angles or explain why they aren’t right angles even though some people might think they are. I also like to have the students come up with tricky examples and non-examples. Think about quadratic functions, if a student came up with this as a tricky example and non-example of quadratic equations,

I’d be really excited! Especially if they could talk about what makes them tricky. I promise you’ll have a much more interesting discussion when you get creative with your non-examples.